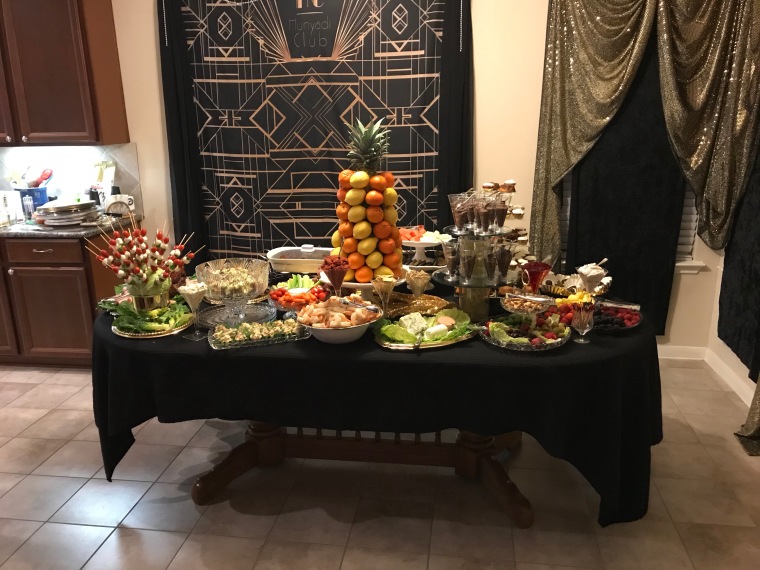 Think about this. If you were able to control your food and calorie intake and eat only healthy foods, wouldn’t you have been doing it already? If you’re overweight and unhealthy, do you think that thinking about your food options or merely reducing the quantity would have kept you healthier and thinner? Do you think that it’s necessary to eat food from “Each of the four food groups?” Is whole grain good for you? Fruit juices? Oatmeal? Rice and beans?

If you said yes to any of those above, you’ve been fed (sorry/not sorry for the pun) a bunch of bad info. Moderation is a myth because it’s so hard to do, and nobody is really able to do it successfully. Of a group of people in a study who practiced moderation, the majority of them were unable to properly estimate the appropriate amount of food to eat and ended up over-eating the vast majority of the time. Most people really don’t know what portion sizes of different foods should really look like, and they misjudge and over eat more often than not.

Eating the same food that you eat now will get you the same results. Eating less of it will leave you with cravings, hunger, and with willpower that will erode over time culminating in failure, falling off the wagon, and returning to your former eating habits. To truly make a difference and improve your chances of losing weight for the long-term, you need to adopt a healthier lifestyle eating better foods.

There are no food groups. That was made up by a marketing group for the US Government in the 70’s as part of an initiative to get people to eat more grain. The US was (and still is) heavily subsidizing wheat and corn, and needed the demand for these products to rise so that the government could stop subsidies, or at least reduce them. The result was great success for what and corn farmers but ultimately a loss for the average American: 68% of whom are now considered obese.

Whole grain, fruit juice, oatmeal, rice, and beans are all full of carbs. These foods are very high in carbohydrates for their volume. Carbs, in and of themselves, are not bad for you, and are actually necessary. However, those foods have exceedingly high amounts of easily-soluble carbs which allows the sugar to go directly into the bloodstream with very little effort on your digestive tract. That means your body is bombarded with sugar and forces the liver and pancreas to work to store all that excess energy that the body is unable to use at the time. The result: fat.

You do not get fat from eating fried or fatty foods. You can eat bacon and eggs for every meal, day in and day out, and you will not get fat unless  you eat too much of it. When you eat too much fat, you typically get the runs because the body expels the extra fat. What many people don’t know  is that fat is a result of increased sugar intake. Someone who eats oatmeal can be fatter than a person who eats bacon and eggs because of the sugar in the oats.

With a little bit of searching, you can find the truth behind common food myths, and find yourself a healthier and happier lifestyle. Being healthy doesn’t magically make you happy, but it can help remove stresses that keep you from being your happiest.