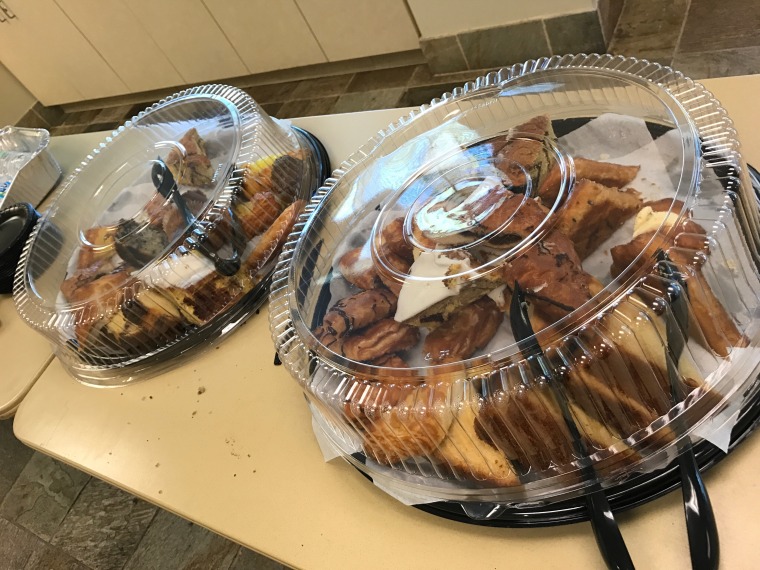 I wanted to see what effect some non-Paleo/Keto foods would have on me this weekend, so I allowed myself some bread and even a half serving of bread pudding on Saturday night, two Pimm’s Cups (also on Saturday night), and a cider and 1/3 cup of rice with dinner on Sunday night. The net result: a gain of about 1 lb. Is that enough to tell me that the food I ate and the alcohol I drank had an effect on me? It’s not definitive, because I’ve yet to have my post-weekend bowel movement, and I still have a run to do. Do I feel any different? Not really, because I made sure I got enough sleep, and I’m not bloating or retaining water like I used to when I’d go off plan.

I’d like to think that my body is now more adapted to being thinner, because it seems to me that after two and a half years, my body keeps thin easier than it did after the first year. You might remember me posting about how eating a meal that had lots of carbs would cause me to bloat, retain water, and hold on to extra weight for up to a week. Now, if I eat something off-plan or drink alcohol, I don’t see any of those effects the following day on the scale like I used to.

Does this mean I’m free of eating Paleo/Keto? Not a chance. I still believe in the science of it, and also that whole foods are better for us and that it’s a good idea to eat ethically sourced foods. With that said, I’m sticking to being as strict as I can. It makes me feel better knowing I’m eating right, and I don’t want to let my weight creep up. I also want to make sure the ingredients going into my body are as pure and wholesome as possible because I want to stay healthy, strong, and fit. You can’t do that when you fuel your body with junk.

So, I let some carbs in and I didn’t die. I didn’t have the same negative impacts I’ve experienced in the past. I think there’s some truth to the observation that people who lose weight can regain it quicker because their bodies are somehow used to a certain weight, but once you reduce that weight for a longer period of time, your body gets used to that weight as being the norm, and it holds it more easily. Maybe that’s why certain thin people (who have never been fat) have an easier time of the occasional cake, donut, or ice cream.