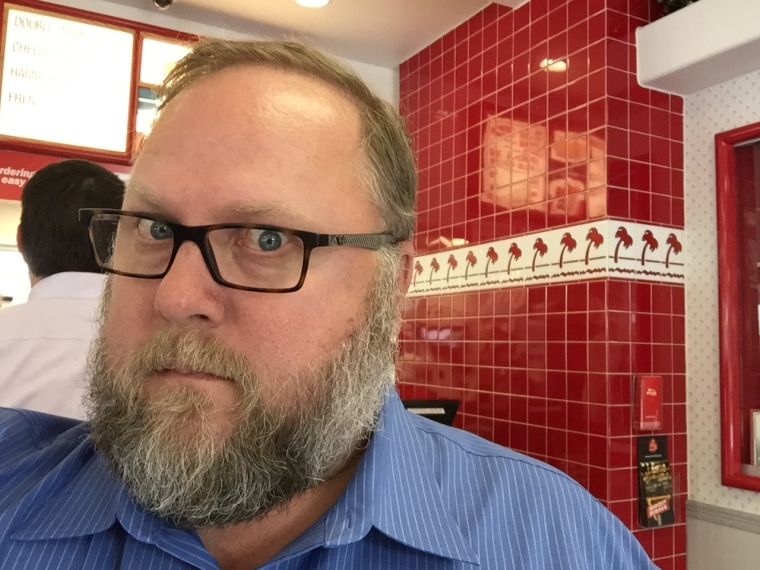 I used to eat until I could literally eat no more. I would stuff myself. I did this because it felt good, somehow. Sure, walking after a meal was tough and sometimes even painful. After certain dinners, I could hear the food sloshing around in my stomach. As I look back on it, it’s surreal. My stomach was really quite large and held a lot of food. Now? I can barely eat a regular serving at most restaurants without feeling too full.

Last night, I ate a meal at a restaurant, and I was surprised at just how full I felt afterward. Sherry and I noticed that this particular meal’s size had been reduced to about half of what it used to be (we used to share these plates), and still, I felt full after finishing it. The same has been happening the past few days with the lunches and dinners she’s been prepping for us.

The strange part is that now that I’m thinner, it hurts much worse when I eat to my stomach’s capacity. It’s a sharp pain, whereas in the past, eating until I was stuffed either just felt a little uncomfortable, or even felt good.

I don’t know what physiological changes have gone on in my gut to make feeling stuffed go from something I liked to something that is painful, but I’m okay with it. As much as I still  have the desire to eat a lot, knowing that doing so would cause me a lot of physical anguish keeps me from going overboard which, in turn, keeps me from gaining weight.