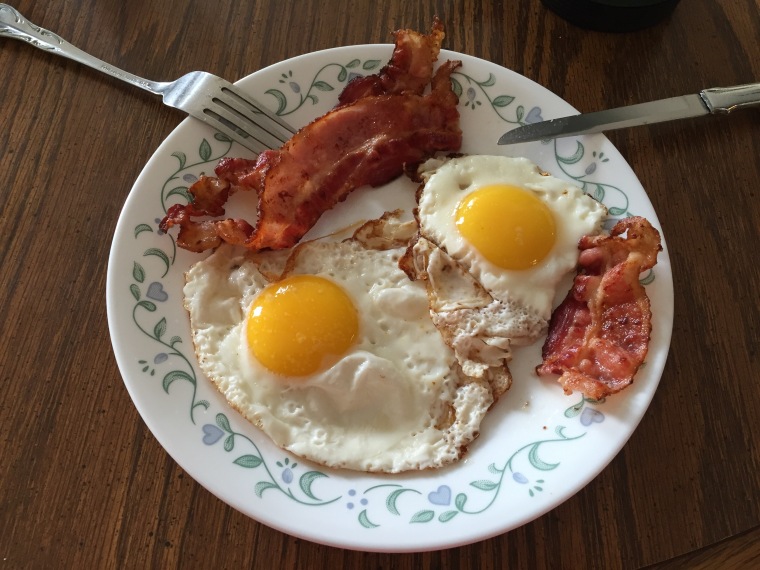 LCHF covers a group of diets that cut sugar in large amounts and rely on fat to fuel the body. Extreme versions of these diets are Keto which forces the body to change from using sugar to turn into energy to using fat. This is known to induce fast weight loss, but it is difficult to get into ketosis, and can be difficult to maintain. Atkins, Whole30, and the Paleo Diet are also in the LCHF realm of diets, but are easier to maintain.

I have done four Whole30’s, and I am currently (as I have been for the past two and a half years) on the Paleo Diet. When I say I’m on a diet, I mean it in the truest definition of the word: it’s the food I eat on a day-to-day basis. I am not on a diet to lose weight. I am on a diet to stay healthy.

I lost weight on every Whole30 I’ve done, but it’s not the reason I did my last one. I did it to reset my cravings, my portion sizes, and to just get back to basics. Going back to my normal Paleo Diet has been a very underwhelming experience; it’s just the same food, except now, Sherry can add some honey to some recipes, or she can make a Paleo bread with nut flours.

My personal LCHF successes are the following:

LCHF is something you will likely see more about in the news as time goes by. It’s being proven anecdotally daily, and there are scientific studies underway that, from early indications, show that it is a much better and healthier way for humans to eat.